And now to my favourite time of the year and not because October is my birthday month. Let’s face it, this quinquagenarian’s foliage is looking a little tinged, and I would rather swing the clocks back a season or two, or even three. No, it’s the comforting smell of coal seeping out of the river boats hugging the Mall on my way home in Hammersmith that does it. It’s meandering along the Barnes towpath which morphs into a toffee-coloured walkway and spying on the St Paul’s School boys collecting conkers for an illicit game. It’s the burnished natural kaleidoscope that is all around us as the trees start to batten down for autumn, and don’t get me started on spiced pumpkin, candied pecan and syrupy-sweet candy corn. As we head towards the day that extinguishes October with its flickering jack-‘o-lanterns, I am reminded that London puts on a spooky show that’s just about as good as any you’ll see stateside. And yes, there may be a B word on the October horizon we all want to pass over, but this is most definitely not a month for hibernation. Say hello to some of the best things to do this October in London.

The 18th Oxford Lieder Festival will explore life, death, and the mysterious areas between and beyond. Sprites and nymphs cause mayhem and mischief, while legends abound from Greco-Roman sagas to the Lorelei and the Erlking. Storytelling with the Crick Crack Club, a ghost tour, a magic show and more all complement the myriad concerts, masterclasses and study events over a packed fortnight. International stars and prize-winning young artists will take us on a captivating journey through magic, myths and mortals.  Tales of Beyond – Magic, Myths and Mortals is on from 11 to 26 October. Hope to see you there!

Into the Night: Cabarets and Clubs in Modern Art – Barbican Centre 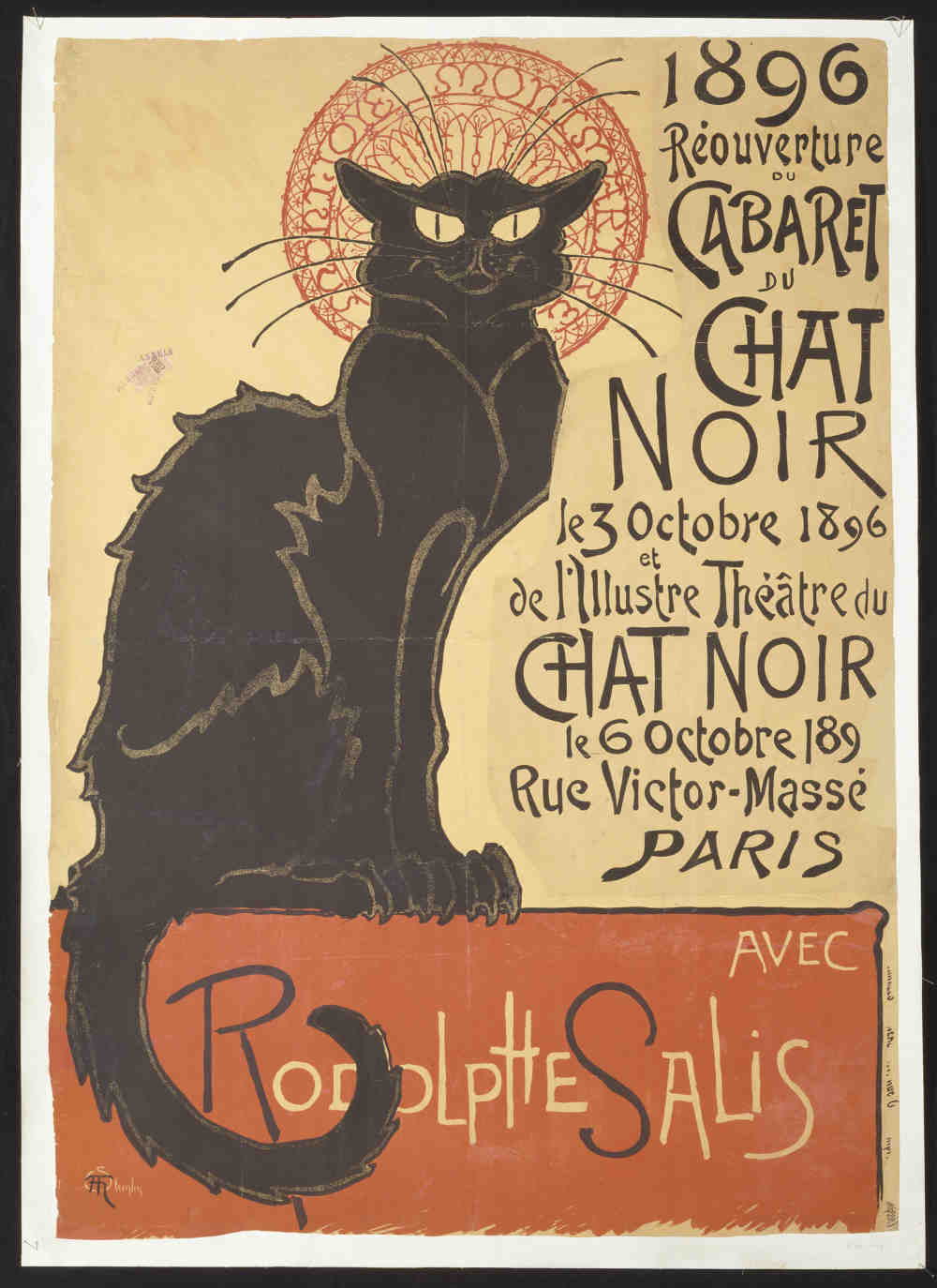 This exhibition explores the social and artistic role of cabarets, cafés and clubs around the world. Spanning the 1880s to the 1960s, it will focus on global locations from New York to Tehran, London, Paris, Mexico City, Berlin, Vienna and Ibadan, bringing together over 350 works rarely seen in the UK. 4 October to 19 January 2020.

Whilst you’re at the Barbican, Stephen Fry is in the house on the 2 October with the Academy of Ancient Music for its Beethoven 250 Anniversary. Book tickets here.

A major exhibition by Ai Weiwei features a new series of monumental sculptural works in iron, cast from giant tree roots sourced in Brazil, as well as development of Ai’s experimentation with LEGO bricks. These new wall-based works feature politically-charged, pixelated renderings of the trajectory of a refugee boat refused docking at Lampedusa after two weeks at sea, the front page of the Mueller report into Russian interference in the 2016 US Presidential election, as well as a deconstructed symbol of the contentious protests of Tiananmen Square in 1989. 2 October to 2 November.

This major exhibition explores the artist’s mastery of light through 35 of his greatest paintings, etchings and drawings. will trace the painter’s mastery of light and shadow. It will focus on Rembrandt’s critical middle period of 1639-1658 when he lived in his dream house on the Breestraat in central Amsterdam. The large-scale windows of this spacious home (today The Rembrandt House Museum) gave him access to the ideal light for creating art. 4 October to 2 February 2020.

Paul Gauguin, The Ancestors of Tehamana or Tehamana Has Many Parents, 1893, The Art Institute of Chicago, Gift of M

Spanning his early years as an artist through to his later years spent in French Polynesia, the exhibition shows how the French artist revolutionised the portraits. Featuring about fifty works, the exhibition includes paintings, works on paper, and three-dimensional objects in a variety of media, from public and private collections worldwide. 7 October to 26 January 2020.

This exciting exhibition will unite all of Hogarth’s paintings and engravings in the series for the first time, displayed across the Georgian backdrop of Sir John Soane’s Museum. Through these works the exhibition will explore the artist’s complex stance on morality, society, and the city, and the enduring appeal of his satires. The Soane Museum’s own Rake’s Progress and An Election will be joined by Marriage A-la-Mode from the National Gallery, the Four Times of Day as well as the three surviving paintings of The Happy Marriage from Tate and the Royal Cornwall Museum. 9 October to 5 January 2020.

Visitors will get the chance to experience an ‘abandoned’ Tube station underworld and discover what secrets lurk beneath our busy streets at a new Hidden London exhibition opening at London Transport Museum. These ‘forgotten’ parts of the Tube network have incredible stories to tell about Britain’s wartime past such as the Plessey aircraft underground factory which had 2,000 members of staff, mostly women, working in the two 2.5 mile-long tunnels on the eastern section of the Central line during the Second World War. Discover how Winston Churchill took refuge deep underground at Down Street station location, and how despite rationing, was served the best caviar, champagne, brandy and cigars courtesy of the railway hotels. 11 October to January 2020.

An elegantly embroidered altar cloth which may once have been part of a dress worn by Queen Elizabeth I will go on display for the first time at Hampton Court Palace. The ‘Bacton Altar Cloth’, discovered in a church in rural Herefordshire, is now considered to be one of the rarest survivals of Elizabethan dress in existence.  After undergoing extensive conservation work, it will be exhibited alongside the Rainbow Portrait of the ‘Virgin Queen’ featuring a dress of strikingly similar design. 12 October 2019 to 23 February 2020.

Whist you’re there, you might want to drop onto the Henry VIII kitchens for a taster of what it was like to feed Queen Bess and her court.

The Crown’s regal duo are reunited at the Old Vic this month for Lungs, a play written by Duncan Macmillan. It follows a couple who meet in the Billy bookcase land of Ikea and reflect on what it’s like to bring a child into today’s world. 14 October to 9 November.

After a sold-out run, Ian Rickson’s acclaimed production of Translations returns to the NT. Brian Friel’s modern classic is a powerful account of nationhood, which sees the turbulent relationship between England and Ireland play out in one quiet community. Dermot Crowley, Ciarán Hinds, Seamus O’Hara, Judith Roddy, and Rufus Wright return to reprise their roles. 15 October to 18 December.

Thou Bird of God by Joanna Boyce Wells, 1861, Private Collection

The NPG is staging the first-ever major exhibition to focus on the untold story of the women of Pre-Raphaelite art. 160 years after the first pictures were exhibited by the Pre-Raphaelite Brotherhood in 1849, the exhibition reveals the women behind the pictures and their creative roles in Pre-Raphaelite’s successive phases between 1850 and 1900. 17 October to 26 January 2020

Step into a full-scale Mars home, immerse yourself in the untouched beauty of the landscape and learn how rethinking daily life for a zero-waste, clean energy-powered civilisation might help future generations on Earth. The exhibition features immersive environments and 200 objects, including contributions from NASA, the European Space Agency and SpaceX. 18 October to 23 February 2020.

Skate at the Natural History Museum

It’s not Christmas quite yet, but you can get your skates on and head over for some icy fun when the world-famous rink opens on the 19 October.

If you loved the 80s and the soundtrack of Call Me by Your Name as much as I did, then you might want to head over to Camden for a punky dose of Psychedelic Furs. Over at the Royal Albert Hall, the legendary Spanish star Julio Iglesias is crooning his Latino voice away on the 28 October.

12 things to do in Kew Gardens when it rains

Halloween in London 2019 - For adults only