It’s not every day you get to experience opera in a magical setting which includes the dishevelled remains of a Blitzed-out house with the sound of peacocks wafting in and out, the distant peal of a cricket match, dogs barking and even the odd bird flying past you. And I was in good company too, with Figure, an ensemble which specialises in historical performance, and its semi-staged performance of Handel’s Serse at Opera Holland Park.

This was a night of exquisite, merry music-making. Listening to the Figure ensemble is to time-warp back to the King’s Theatre Haymarket and to experience Handel as it would have been played back in the Georgian day – with, ouch, the exception of the castrato lead. 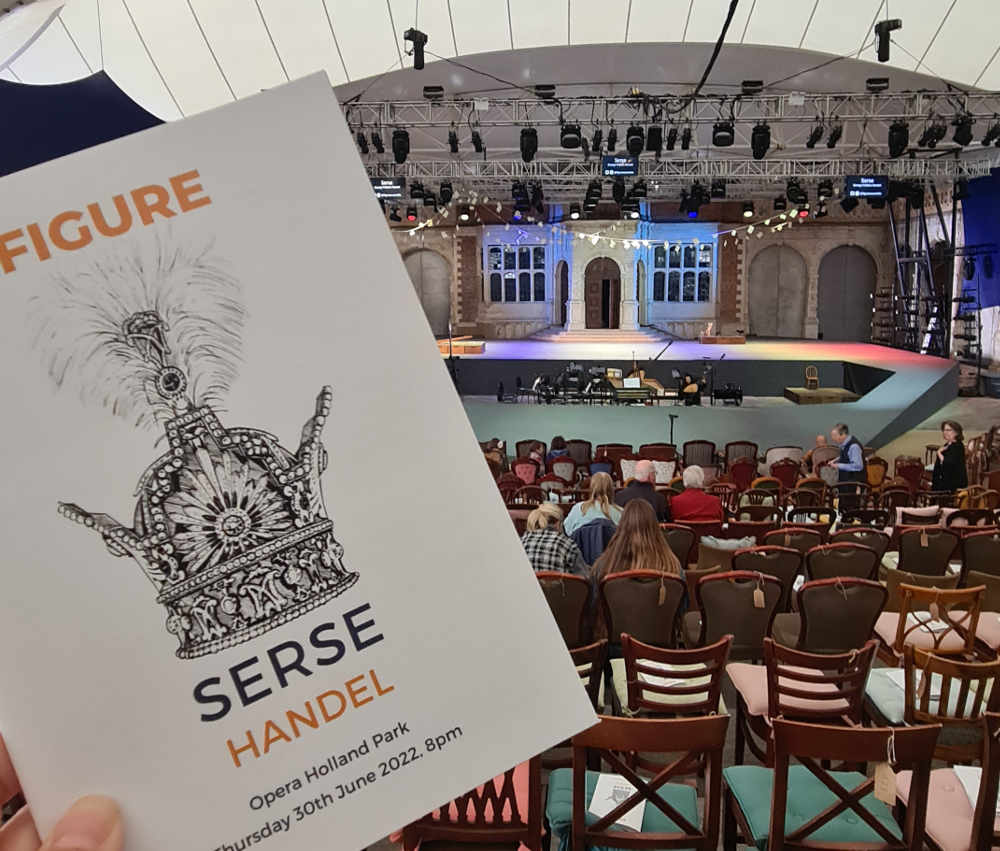 If you’re not familiar with Serse, the plot is up there with some of the barmiest in the opera repertoire. Persian king Serse is in love with Romilda (by way of a plane tree) who in turn loves Serse’s brother Arsamene. Enter Romilda’s sister who is in love with Arsamene.  And that’s the easy bit. What follows is a series of misunderstandings and rom-com farce  – à la Mozart. To add to the confusion, the main trouser roles (which would have been originally intended for a castrati and contralto), have a mezzo-soprano woman (Serse) and countertenor (Arsamene) in the roles. Despite all the love triangles between men and women, it doesn’t feel like there’s much testosterone on stage.

The opera features one of Handel’s most famous arias, Ombra mai fu, during which the imperial Serse sings to a plane tree. Yet, Handel’s contemporaries didn’t think much of the opera when he first staged it at the King’s Theatre in 1738, and it only ran for five performances. It’s had a tumultuous journey since but is now one of the composer’s most popular operas. The original piece, which is three hours long, has been trimmed to just two hours, allowing the bitter rivalry between the two brothers to take centre stage.

Frederick Waxman and Figure, his band of merry players.

Waxman founded Figure during lockdown, a company which specialises in historically-informed performances – beyond the traditional baroque and Renaissance style – utilising the same instruments and techniques which would have been used when the piece was first written. Think music which would have been originally performed using gut strings and that’s Figure for you.

The traditional ‘Figured-up’ musical elements were complemented by a contemporary theatrical take with Sam Rayner in the director’s seat. Serse wasn’t just delightfully easy on the ear, it was also a feast for the eyes. Rayner is a movement specialist and had the performers in full athletic, acrobatic mode, walking tightropes and ladders, stage somersaulting and skipping in and out of empty picture frames – all in colourful Georgian garb.

What an enchanting, thrilling and joyful evening it was – and such a shame it was a one-nighter only. I’m already looking forward to seeing Figure’s next gorgeous creation. Bravi tutti.

Side note: The theory goes that Handel was inspired by a plane tree in Barnes for his Ombra mai fu, and one which dates back to 1680. When the composer arrived in England aged 27, he lived on an estate in Barn Elms (in southwest London’s Barnes) before moving to his swanky pad in Mayfair.  You can read more about the historic tree and see Waxman and Rayner standing in its magnificent shadow.

I was a guest of Figure. As always, opinions are entirely my own. 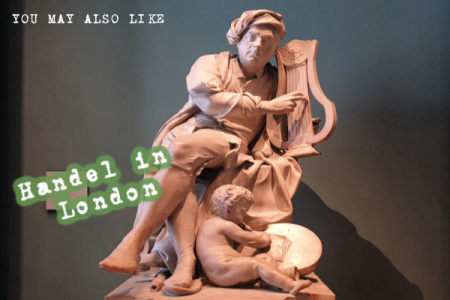 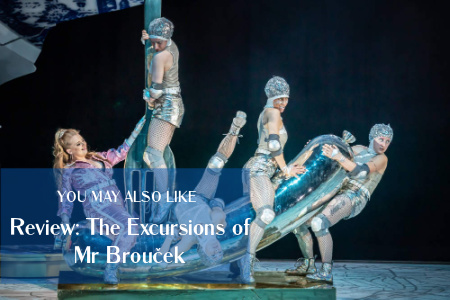 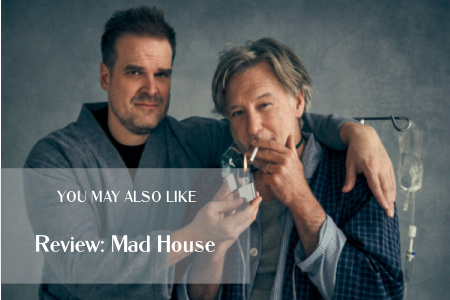 Cultural things to do in London this July & August

Cultural things to do in London this September