So, Patsy and Edina are back on July 1st, trolleyed on Bolly and laced in Lacroix. I can’t wait, and my golden ticket has already been booked at the Electric Cinema, a fitting place to toast London’s naughtiest ladies back to our screens with my feet up, wrapped in cashmere, and with a bottle of giggle water at the ready. As an homage to our favourite, outrageously ill-behaved duo, here’s London à la Ab Fab: 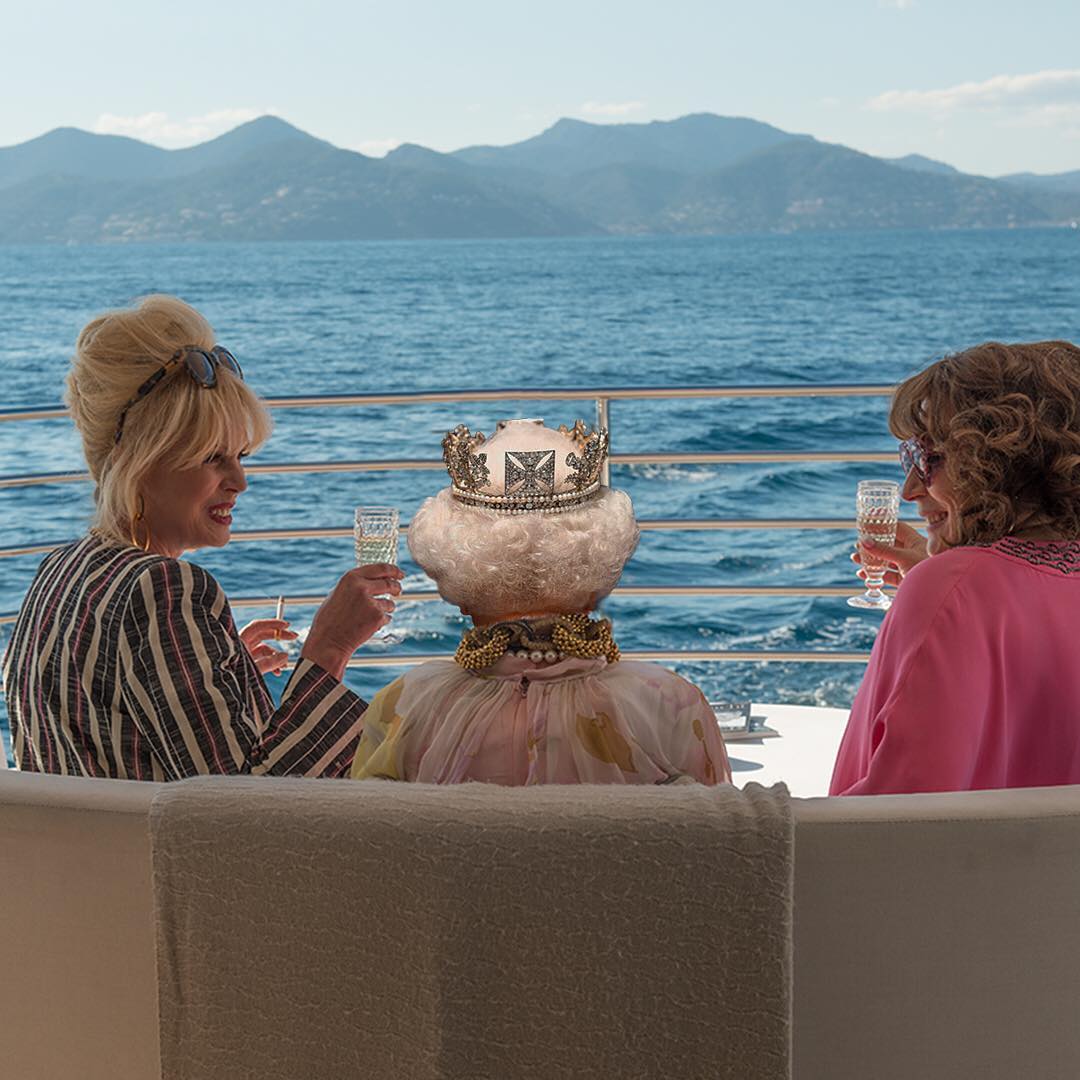 Eddy’s favourite designer, Christian Lacroix, is best known for homewares rather than fashion these days, which is just as well as I hear Vivienne Westwood has taken over the helm as Eddy’s designer of choice. Liberty’s of London has a whimsical selection of Lacroix goodies which wouldn’t look out of place in Eddy’s Holland Park digs: 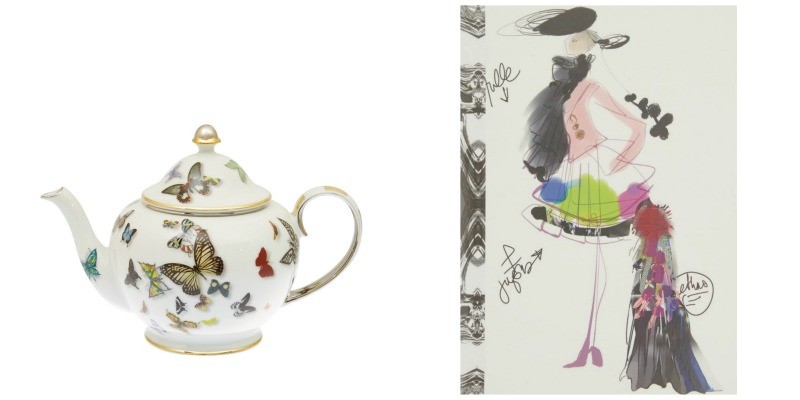 Left: I doubt the girls even know what tea tastes like, but if they did have afternoon tea, Edina would definitely serve it up in Lacroix – £195   Right: The Fashion Sketch Notebook – Edina could use this for her notable fashion epiphanies. Liberty – £10.95 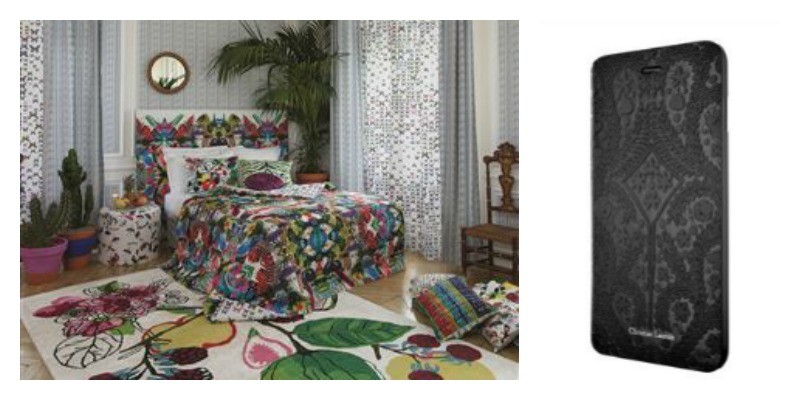 Left: I’m not sure if it’s colourful enough for Eddy, but here is the Lacroix Manaos Perroquet scheme at Designers Guild.
Right: Lacroix’s iphone case, priced at £23, is just the thing for Eddy’s important business phone calls. Designers Guild

Edina hits the French Riviera in the film, but if she went to Paris, this is the hotel into which she would definitely check in: the Hotel de Notre Dame is decorated by Mr Lacroix himself. 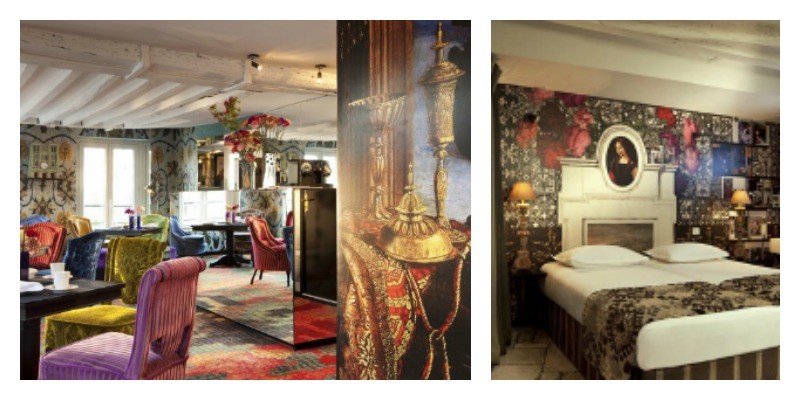 Saffy: So what does a fashion director actually do?

Eddy: Oh, darling, she gets a 50% discount at Harvey Nicks. 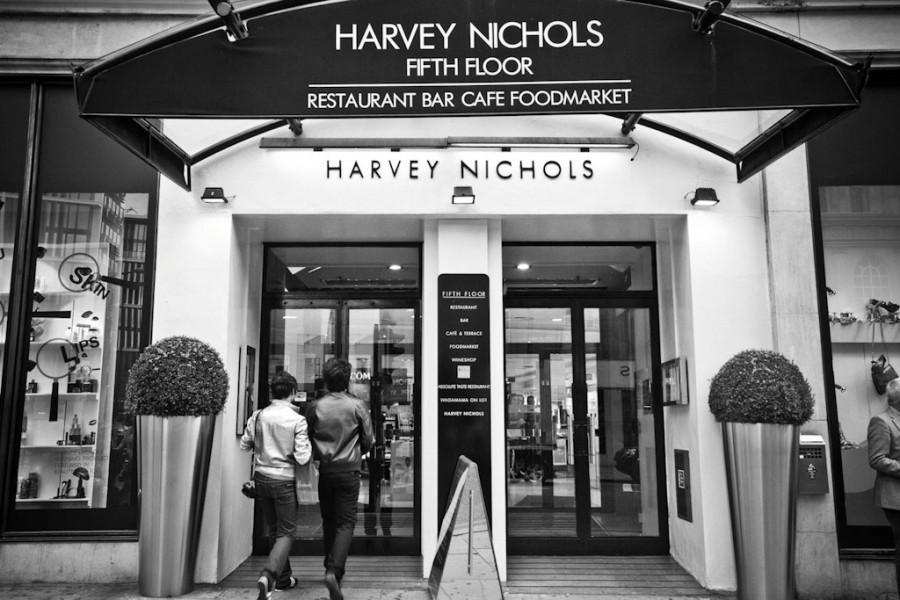 I was in the company of my Welsh friend, Jarod Smith, for my initiation into the Harvey Nichols 5th floor restaurant and bar experience, and subsequently over the years, into all things fabulously London. It was 1994, and Harvey Nicks was the place to shop ‘til you dropped, and the place to have a post-retail fashionista glass of bubbly – on the 5th floor of course.

Harvey Nichols is the sleeker, younger, hipper sister to its neighbouring emporium, Harrods. The flamboyant windows are famous,  especially at Christmas, and if you need some help with your makeup or your skin regime, there’s a complimentary Beauty Concierge who will come to the rescue. Patsy would definitely go for the Nails Inc. diamond-inspired pedicure: dahling, they offer a complimentary glass of Harvey Nicks champagne with every treatment!

Quaglino’s has waned in and out of fashion ever since its doors opened in 1929, but in the 1990s, it was the undisputed Queen of London restaurants, and Eddy and Patsy’s personal dining room – not that much eating ever took place there. 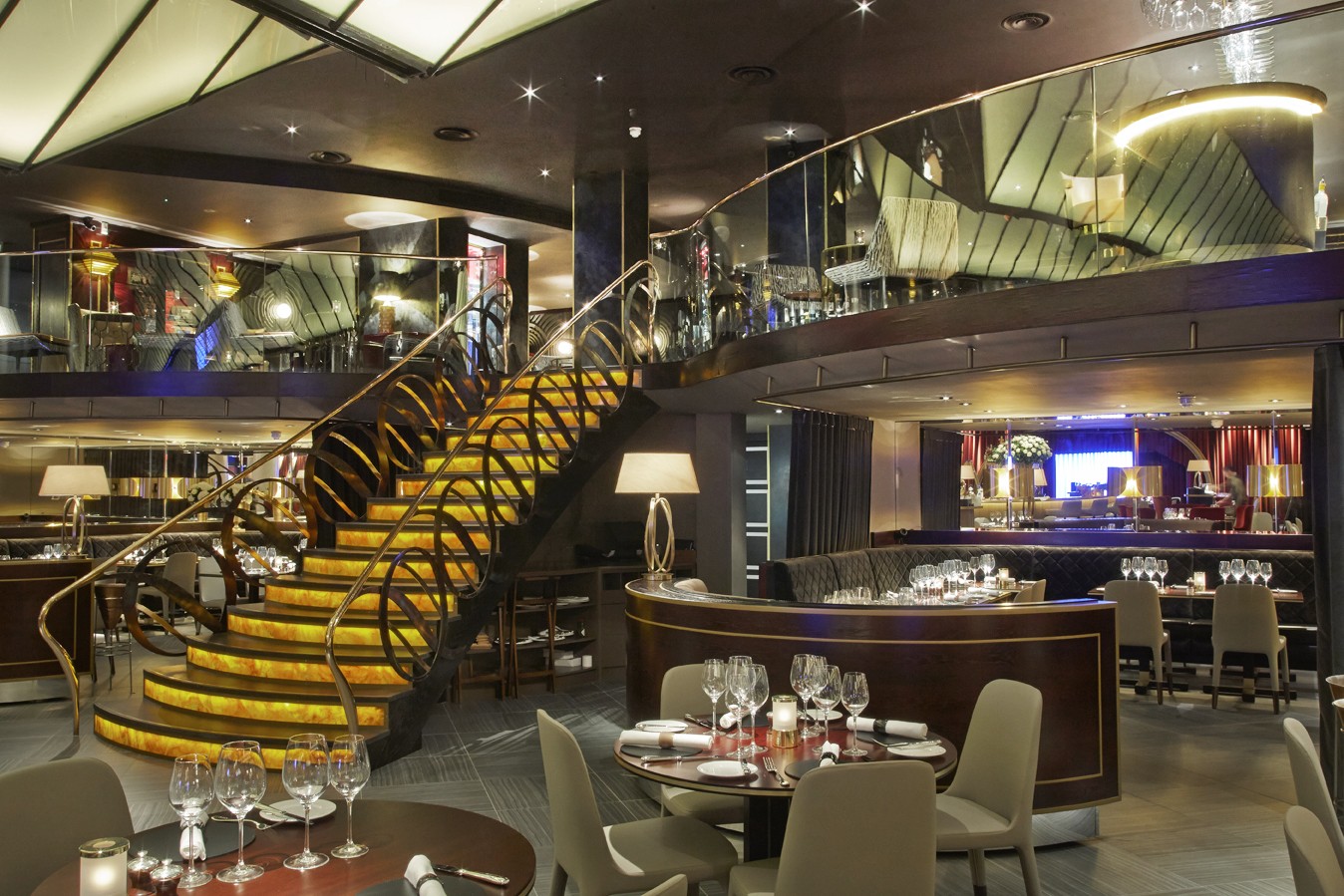 I went to a glamorous Bond-inspired birthday bash here a couple of years ago, and it seems to be the restaurant of choice for many of my friends who are now celebrating the milestone often referred to as a halfway post. The opulent interiors would fit into any Busby Berkley film set, and I can imagine Gatsby, happily perched at the top of the onyx staircase with Daisy on his arm.

The Queen at Quaglino’s – Quaglinos

Quags through the years:

1930: Barbara Cartland found a real pearl in one of the oysters.

1956: Queen Elizabeth dines at Quaglino’s, the first British monarch to ever dine in a public restaurant.

1963: John Profumo came here with his wife after the Profumo Affair broke.

1994: Patsy had lunch here with Zandra Rhodes and Britt Ekland, and Edina dined with Lulu.

Eddy lives in leafy Holland Park in west London, a quiet enclave adjacent to buzzy Notting Hill and a mile away from Europe’s largest mall, Westfield. Not that Eddy and Patsy would be caught dead in a mall.

As the French would say, Holland Park is très chichi: elegant with a splash of highfaluting. The area takes its name from Holland House, named after the Earl of Holland who owned much of the land here. This neighbourhood has one of London’s prettiest parks, home to the  Kyoto Garden, a Japanese garden donated by the Chamber of Commerce of Kyoto in 1991, as well as Opera Holland Park, a popular summer destination for both opera and ballet lovers.

Jeraboams cheese and wine shop at No 96 Holland Park Avenue is best for Bolly and is next door to Lidgate’s Butchers, considered one of London’s best. There’s also organic greengrocers Michanicou Bros on Clarendon Road and independent booksellers Daunt Book. For some urban de-stress, head over to Cowshed Spa, Café and Shop on Portland Road: gents even have their own spa menu with a Gentlemen on the Go or a Full Woks 60 minute treatment for £70. 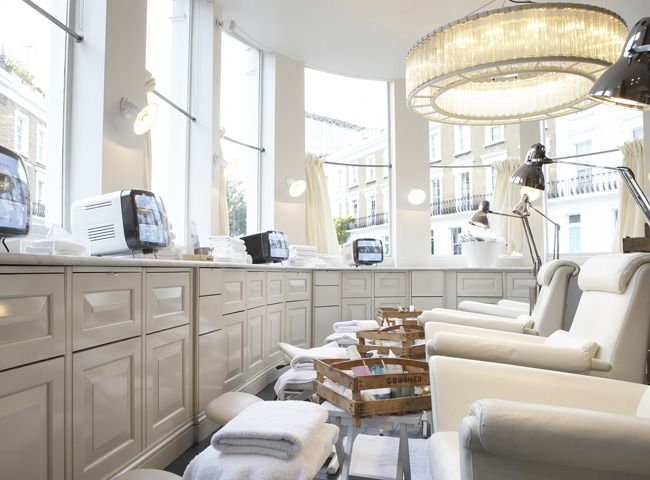 Cowshed Spa is ab fab for pedis and manis, and even has a Gents only menu Cowshed

What is your favourite Ab Fab moment? Mine is the hilarious scene where Eddy and Patsy are sentenced to community service after being caught for drink driving (they must install loft insulation into old people’s homes).

Here’s a selection of some of Ab Fab’s finest, silliest, funniest moments:

And here’s the movie trailer! Hope you have an AB FAB day sweeties! x

London for the Little Darlings 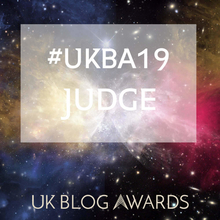